It’s been 10 years since Laroush Poker started its journey in GCCB and we wanted to commemorate it with an event from the 2nd to the 5th of this month of December.

The main event had 228 entries, of which 31 entered for prizes. Teresa Diaz Puig burst the bubble and was out of prizes.

The final stretch of day 2 was fast-paced. When it seemed that 20 players would battle it out on Sunday, 9 players were knocked out in the final stages.

The last day of the tournament began at 15:00 on Sunday and only an hour later the final table was constituted. 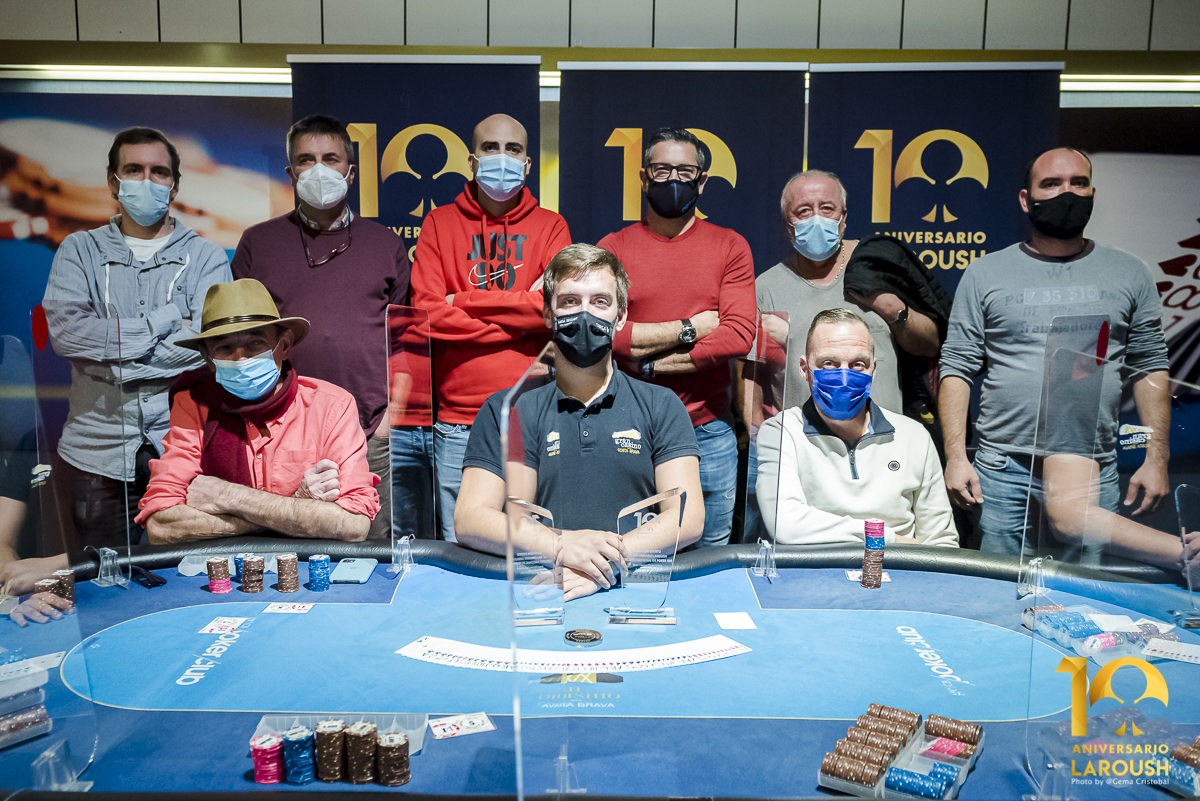 The Frenchman Max Carli was unbeatable from the beginning of the tournament. He finished as chipleader on Day 1A, swept Day 2 with 2,240,000 points and went on to win the tournament, taking home the 10,000. 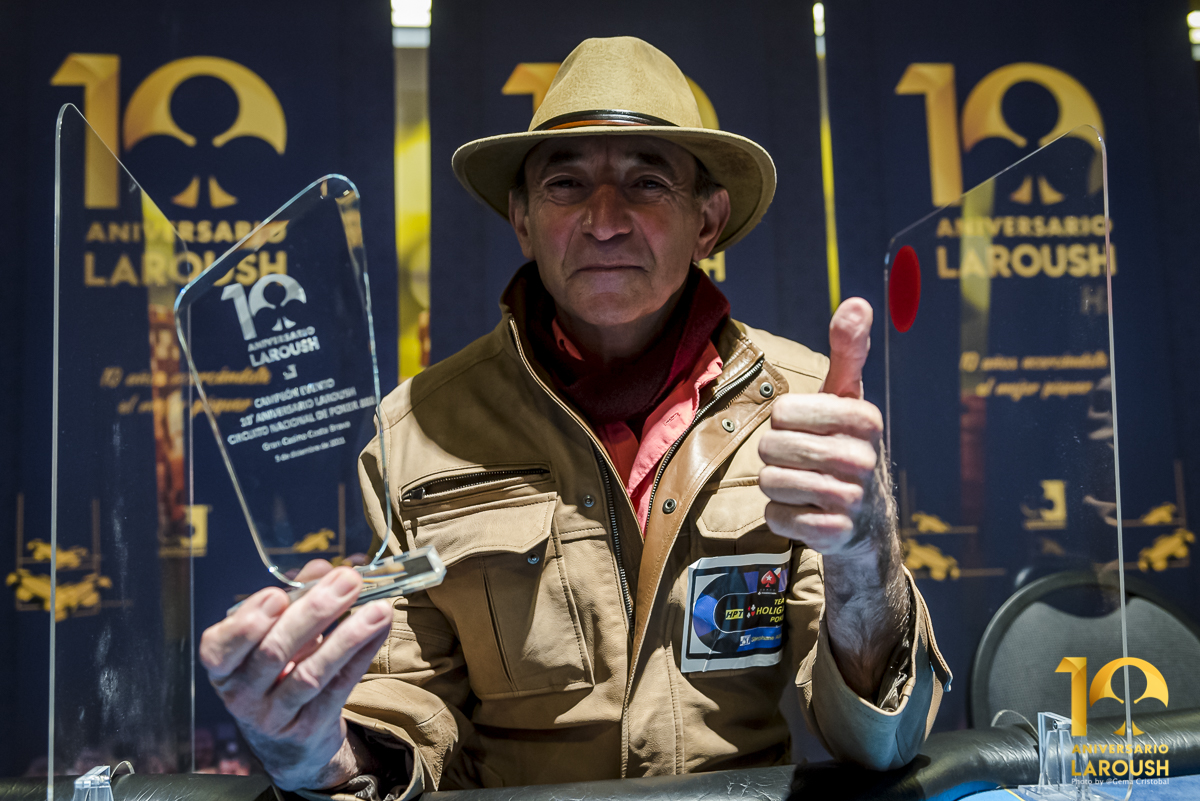 Another Frenchman also from the Holigames Poker team, Sini Thierry, won the parallel Megastack, after a three-way deal. 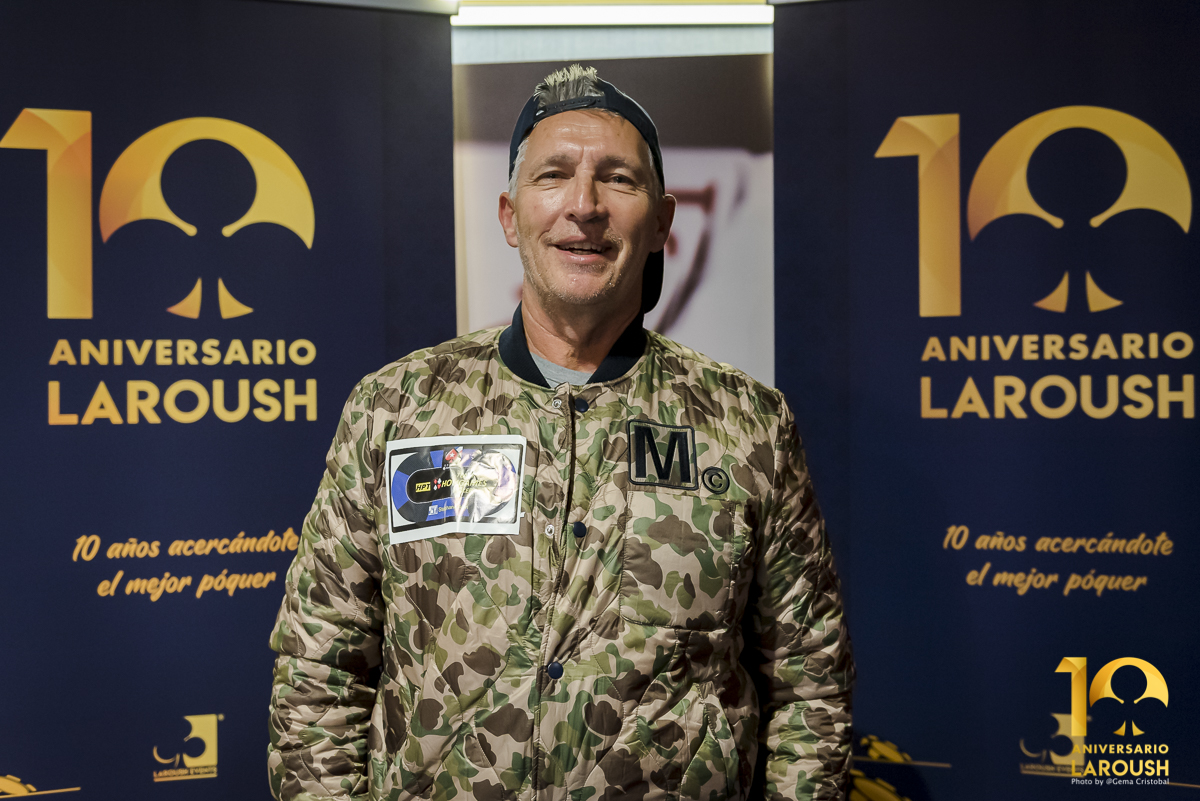